And Abram believed the LORD, and the LORD counted him as righteous because of his faith.

Abraham uprooted himself, his wife and his flocks and became a nomad at God’s call.

If we really dive into scriptures we find that the only thing that made Abraham special was his obedience and faithfulness to God. God chose Abraham for this reason, because every time God spoke to Abraham, Abraham listened.

Abraham is mentioned more than 80 times in the New Testament because Abraham’s faith is the root of Judaism and as a result, Christianity. Abraham’s encounters with God are raw and uncensored truths, as it really happens when God meets a person.

Abraham was far from perfect, he even tried doing his own thing to bring the promises forward; but when it came to the decisive moments of life, Abraham listened to good. He was willing to sacrifice anything for God.

Also, the land Abraham walked through was always populated, meaning He always had to compete for it.

I mention this because I want to say the following: Whatever God ask you to do, wherever He asks you to go, you’re not going to be the only one there. You’ll have to rely on your faith, on God , in order to remain faithful and remain in your purpose. Do not hesitate on going forward because there are other people doing what God wants you to do already. There will always be others doing something similar, but you will bring your own uniqueness into it, whether you’re seeing it or not, trust God and have faith that He is asking you to do this for a reason.

God has a purpose for everyone; let the others do them, you focus on doing God’s will. Let you faith in God be more powerful than other people’s opinions.

So last year I left my job, this year – around same time too, crazy! – He’s asking me to move out of my safe-haven; I don’t know what He’ll ask me to do next year!

I am the Daughter of the Most High. The One and Only. The Alpha and the Omega. The Beginning and the End. View all posts by Ahastery Lorenzo

This site uses Akismet to reduce spam. Learn how your comment data is processed. 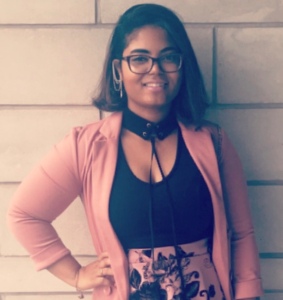 My name is Ahastery Lorenzo. I am here to share my lifestyle with you. (read more)